Monrovia—The Liberia National Olympic Committee has held a special edition of the Spanish fashioned “2020 FUTBOLNET” tournament outside Paynesville City.
The one-day tournament sponsored by OLYMP-AFRICA with funding from the Barcelona Foundation brought together four participating high schools in the Paynesville City area.
Forestland Community High School, St Samuel High School, Charles B. Holmes, and Odell Memorial School were all represented along with a total of over 500 students.
Held on Friday March 5, 2021 at the Olympic Africa Center in KemahTown Soul clinic community (Liberia Olympic Village), the competition allowed each school to form a team inclusive of two females players.
In the Futbolnet games, female players were given special privileges like a penalty for every foul against them regardless of where the foul was committed.
Every goal scored by a female player is doubled.
The special tournament organized by the Liberia National Olympic Committee also allowed players of the participating schools to make their own rules and, in most part, decide the course of the games.
The Director of the Liberia Olympic Village– Aye Wilson said “this manner in which the games are structured allows us to protect the young female players from the males who are physically stronger and to help us keep track of young talents that can make football better in Liberia”.
According to him, the games were meant to keep “athletic events” alive despite the COVIC-19 onslaught which has had a crippling effect on all forms of sports that involve physical contact.
The Liberia National Olympic Village, he said “will continue to encourage such activities” and promote the development of football and other athletic careers in the country which are under the supervision of the Liberia National Olympic Committee (LNOC).
After three separate games, the Forestland High School, who is defending the champion of the tournament, emerged the winner again and was awarded a giant- size trophy, football, and medal.
Malcolm Joseph who–the Vice President for Technical Affairs of the Liberia National Olympic Committee presenting the trophy to the winning school said the Liberia Olympic Committee was happy to see young people participate in such friendly competition decently.
He said the purpose of the games was not to just get a winning team but to also deliver on the promise of supporting the strong development of grassroots football, especially women’s football.
“We are happy to see schools compete in this way,” Mr. Joseph said as he handed the giant-size trophy to the captain of the winning school.
The LNOC Vice President for Technical Services also thanked OLYMP-AFRICA and emphasized that he was “particularly grateful for the support from the Barcelona Foundation to the upliftment of sports in Liberia”.
FutbolNet is a signature initiative of the Barça Foundation which seeks to encourage effort, respect, teamwork, humility, and ambition, all in terms of a culture of cooperation, so that they feel positive on an individual and also group level
In 2013, Barcelona unveiled plans to unearth future generations of African talent which they hope can one day follow in the footsteps of club legends –Samuel Eto’o and Yaya Toure.
The Spanish champions agreed to allow coaches from their world-famous La Masia academy to visit a number of southern African countries as part of a sponsorship deal with an African beverage company.
Javier Faus, Barcelona’s former financial vice-president said the effort could be a great chance for some young players to develop in the best surroundings, adding “In the last 20 years most of the talent has come from west Africa but I think in the next two decades the continent will become even more important in producing players. I’m sure that in that time we will see an African team winning the World Cup.”
At the last count, there were approximately 20 African players on the books at La Masia, with the majority having arrived as a result of the link-up with former Barca striker Eto’o’s own foundation, according to the BBC.
### 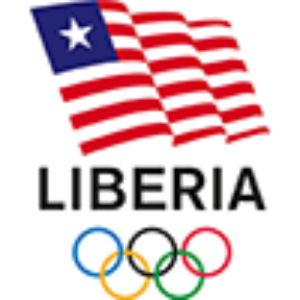 All official press releases are distributed by LNOC 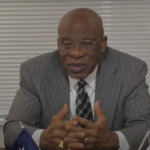 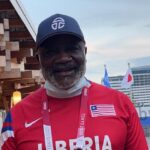 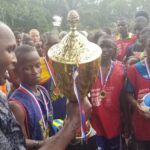 Subscribe to our newsletter and stay updated to the latest news!

Created in 1954 and gained recognition in 1955, the Liberia National Olympic Committee promotes all forms of sports in the country.

The LNOC is strictly against doping. In accordance with IOC rules we comply with the World Anti-Doping Code.